When you search for old places of attractions in Jalandhar, Company Bagh will be listed on top of it. Company Bagh is one of the ancient places established during the time of East India Company. It is also called as Nehru Park in Jalandhar. It is one of the prime locations for family outings in the city and it witnesses huge gathering during weekends. Along with landscaped garden it is adjoined by library, clock tower, and statue of Mahatma Gandhi. From ancient times it is used to be one of the favorite tourist picnic spots for locals. 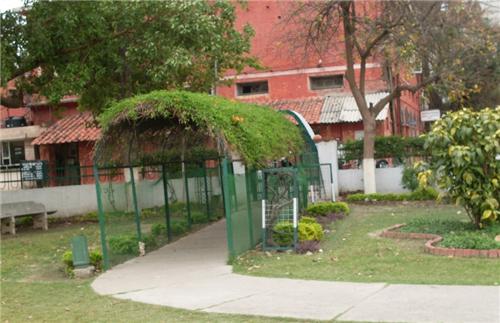 The Company Bagh has witnessed great history of Indian sub continent. It was incepted by East India Company and named as Company Bagh in Jalandhar. After 1858, it has been renamed as Queen’s Garden and called as same till independence. After Independence it got renamed as Nehru Garden. During the course of time it has gone through many modification and reconstructions which have changed its appearance. The local body of Company Bagh is trying to preserve the antiquity and significance of history in its arena.

Features of Company Bagh in Jalandhar

Company Bagh is decorated with green vegetation along with magnificent work of concrete. It is fringed with dotted trees and it is beautifully designed with small plants all over the garden. Pedestrian route is constructed around the garden for visitors to have effortless exploration of garden. Proper sitting arrangements, rain shelters, lavatories, and other such features have been installed to facilitate visitors. The management is also providing drinking water and children playing zone to attract kids around the city. Municipal Corporation has upgraded the looks and appearance of garden by installing many new infrastructural developments which increase the flow of tourists in Company Bagh.

Recently, a statue of Mahatma Gandhi has been installed in the arena of Company Bagh. The statuette has been beautifully built in white color along with fencing all around. The entire area has been covered with beautiful flowers which spread fragrance across the place. The library is another superb location which is visited by history enthusiasts. The library includes many renowned antique books of chronology which reflects the history of India. The oldest clock tower is standing tall in center of city is a superb engineering element that witnessed historical moments of this place.

How to reach Company Bagh in Jalandhar

Company Bagh is situated in the cantt region of Jalandhar. It is easy to reach from every corner of city. It is 10 min drive away from railway station and 15 minutes from bus station. Local transportation is available readily to reach this renowned place of tourism in Jalandhar.