Jalandhar is a historical city in Punjab known for its ancient structures and numerous religious places. The city has deep impact of Sikhism and majority of the population comprises of Sikhs here. As such, there are many religious and historical gurudwaras in Jalandhar. These gurudwaras are the venerated shrines known for their rich spiritual values and beautiful architecture.

They are located across the city and are visited by hordes of devotees every day. People from other parts also visit these gurudwaras in Jalandhar for their immense religious significance and historical revelations making them the prominent religious places of this city.

The famous Gurudwaras of Jalandhar are:

This revered shrine is situated in the Basti Sheikh of Jalandhar. At the time, when this Gurudwara was built here, this locality used to exist as a separate village but later it was merged in the city. This is the place where sixth Sikh Guru Hargobind Singh ji visited on request and invitation of famous sufi saint Sheikh Darvesh. Guruji had talks with the sheikh at place where Bhora Sahib is located. This is also the place where Ramgarhia Kundi family invited him to visit and dine at their house. This invitation was accepted by Guruji. 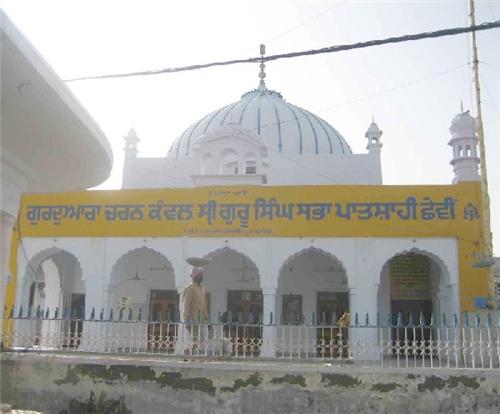 It is said that during discussion with Guru ji, Sheikh Darvesh blindfolded himself so that he could say in the mughal court that he has never seen him anywhere.

This Gurudwara is also situated in Basti Sheikh Locality of Jalandhar city. It was built to honor the visit of sixth guru Hargobind Singh ji after he won the battle of Kartarpur killing his former general Painde Khan. He came to this village from Village Athola and stayed for three days at this place. During his stay here, he met Sheikh Darvesh on his request. 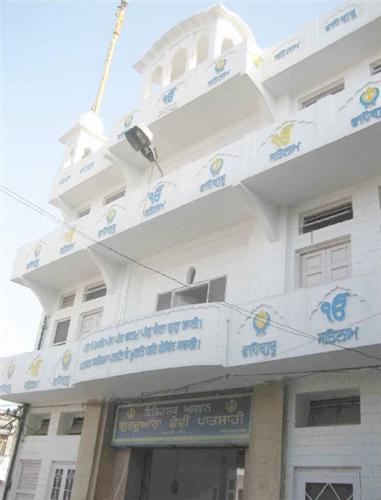 This historical Gurudwara is located in Kartarpur city of Jalandhar. It was built in the honor of fifth Sikh Guru Arjan dev ji and sixth Guru Hargobind Singh ji. In the year 1656, Guru Arjan Dev ji got the city of Kartarpur developed with a well to quench the thirst of people. Here at this place itself, Guru Sahib developed an urn with the help of Bhai Vaisakhi Singh. This urn fell in River Ganga and this eliminated the superstition of taking dip in the holy river. 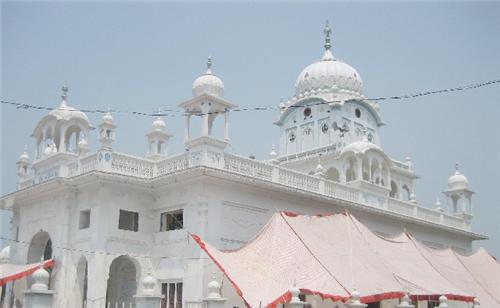 Hence, this well was named as Gangsar. Guru Sahib ji blessed this well with divine powers of removing all the mental and physical problems of those who will bath with its holy water. There is a holy place near this well where guruji used to sit and offer religious sermons and prayers to devotees. Sixth Guru Hargobind ji also used to sit at this place itself. Here only Guru Hargobind ji won the battle against Muslims and killed his general Painde Khan.

Gangsar well is a holy place visited by the devotees as substitute of holy bath in Ganges. It was dug in the year 1599 and old Manji Sahib or the place where guruji used to sit was developed into a five-storey building in 1975 by Shiromani Gurudwara Prabandhak Committee. There is sanctum on the ground floor of this building along with a platform devoted to Guru Hargobind ji.

Situated in Malri village on Nakodar Road of Jalandhar, this Gurudwara is dedicated to Guru Sahib Arjan Dev ji. He visited this place on his way to Village Mao and met Baba Mal ji at this place. Baba Mal ji was his follower who suffered from body aches. 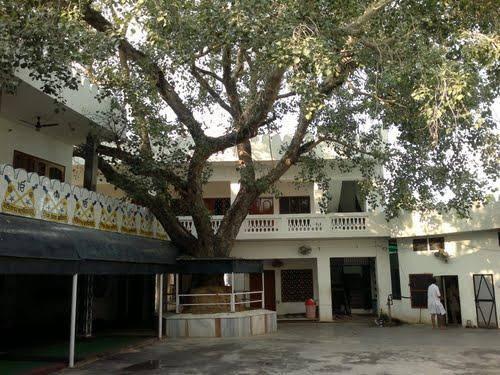 He gifted a Juti to Guru ji and asked for his blessings to cure his disease. Guru Sahib blessed him so and said that devotees visiting this place seven times will always get rid of such diseases. Even today, people visit this place from far flung areas to seek Guruji’s blessings.

This Gurudwara is dedicated to fifth guru Arjan Dev ji and it is located in Kartarpur city of Jalandhar. Thos place was gifted by Mughal emperor Akbar to Guruji in the year 1650. When guruji commenced laying foundation of this city, he erected a large tahli or rosewood tree here and got a magnificent platform constructed around it. This pillar erected by him was named as Dukhan Da Thaman by guruji. From 1651 to 1813, this pillar stood tall at this place but in 1813, the cruel Subedaar Nasar Ali of Jalandhar burnt this pillar. 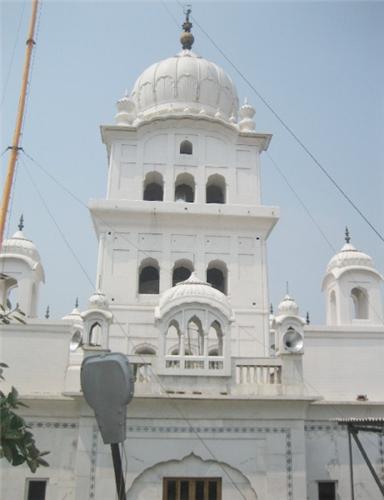 
To avenge this insult of their holy pillar, Baba Vadbhag Singh requested Singhs to attack Subedaar Nasar Ali. In 1814, Khalsa attacked him in Jalandhar and defeated the Turkish soldiers badly. Nasar Ali was caught while fleeing by Sardar Soorma and he was presented before Khalsa that decided to burn him alive. At this place, Maharaja Ranjit Singh ji got a seven-storey building constructed and named it as Gurudwara Tham ji Sahib.

This Gurudwara is situated in the Kartarpur near Gurudwara Tham ji Sahib. It is dedicated to Mata Gujri ji who was born at this place. She was born to Bhai Lal Chand ji and Biahan Devi ji. She was married to Guru Teg Bahadur ji in Kartarpur town at this place itself in the year 1633.She was the mother of tenth Sikh guru Gobind Singh ji. 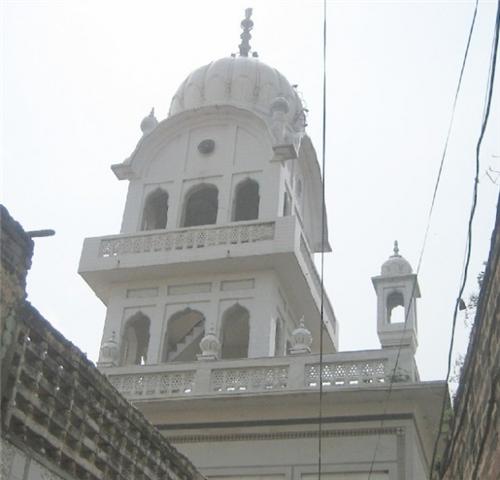 This historic Gurudwara is situated in Puwadra Village of Jalandhar. It is dedicated to seventh Guru Har Rai ji who came to this place from Sultanpur Lodhi on request of Sanagat. Here people served guruji with their sublime devotion and were blessed with ‘Anand Raho’ by him.

Other famous Gurudwaras in Jalandhar