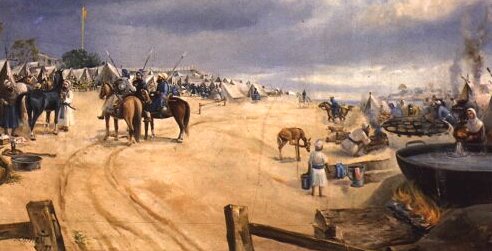 Jalandhar is one of the oldest cities in the Punjab region and has a very rich history. Jalandhar, which was formerly known as Jullundhar has many eminent heritage sites which stand testimony to the rich history of this ancient city. This city of great antiquity prides itself on being the city of many historical edifices opens up a treasure trove of tourist delight and attracts plenty of tourists throughout the year.

According to the Padma Purana, the city takes its name from the demon King, Jalandhra, who was the son of the Ocean.  According to another legend, Jalandhar was the capital of the kingdom of Raja Lav, son of Lord Rama. Another version says that Jalandhar is said to have derived its name from the vernacular term `Jalandhar’ means area inside the water, i.e. tract lying between the two rivers Satluj and Beas. Yet another name of Jalandhar had been Trigartta, as it was waters by three rivers, Satlej, Beas and Ravi. 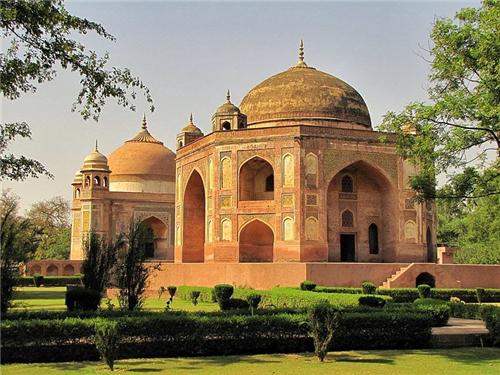 Jalandhar’s history can be explained by the chronological events of the ancient, medieval and modern eras.

In ancient era, Jalandhar and the entire region of Punjab was an essential part of the Indus Valley Civilization. The archaeological exploration carried on in recent years has pushed the antiquity of the district of Jalandhar of the Harappa period.

During the Kanishka rule who was the Kushan King of northern India, Jalandhar played the host for the great conference of Buddhists theorists in about 100 AD to collect and arrange the sacred writings of Buddhism and also to bring about reconciliation between its various sects. So this makes Jalandhar along with Multan the oldest surviving city of the entire Punjab region.

In 7th century, during the rule of King Harsha Vardhana a famous Chinese traveller by the name of Hiuen Tsang visited India, and during this period kingdom of Jalandhar was under Raja Utito. The Rajput Rajas appear to have continued to rule over the country right up to the 12th century. According to the Chinese pilgrim Fa Hien, who travelled India between 399 and 411 C.E., there were large numbers of Buddhist Viharas in India. In Jalandhar District alone there were as many as 50 Vihars and Maths of Buddhism.

From the latter half of the tenth century up to AD 1019, the district of Jalandhar was included in the Shahi Kingdom of the Punjab and Jalandhar city was an important city in the region.

Medieval period of Jalandhar began during the period of Ala-ud-din Khilji (1296 – 1316). As per the medieval history of Jalandhar District, Jalandhar was always the capital of Doaba which then extended to the neighbourhood of Multan. After of Babur took over the reins of Jalandhar he offered it to Daulat Khan Lodhi. Thus began the Mughal rule over the region which was however interrupted by the able ruler, Sher Shah Suri. Sher Shah Suri's rule was very short lived and Jalandhar again came under the rule of able Mughal emperor Akbar and his successors.

The Mughal domination ended in 17th century, after the death of Aurangzeb. After this tussle to conquer Jalandhar started and several foreign invaders tried to capture the city.  During 1759, Jalandhar was ruled by 12 confederacies of Sikh religion.

The modern era of Jalandhar commenced from 1846 AD. It was at this time that the Jalandhar Cantonment was built. Ranjit Singh annexed Jalandhar in 1811, and in 1846 the city of Jalandhar  became the headquarters of the territory acquired by the British after the first Sikh War. Jalandhar also had an important role to play in the 1857 revolt. After that, Jalandhar participated in various movements during the India's freedom struggle.
The assassination of Bhagat Singh also had a significant impact on Jalandhar. Since Indian independence in 1947, Jalandhar is a part of Punjab state. Post-independence, the city served as the capital of Punjab until 1953, when Chandigarh acquired this status.