Jalandhar is one of the oldest and largest cities of Punjab state. It has growing population and huge industries that give rise to better development of this region. Infrastructural facilities in this district are reinforced to offer best services to the citizens. Among all the necessary administrative services provided to people of Jalandhar, Police plays an important part to make the city congenial and peaceful to live in.

There is strict maintenance of law and order in Jalandhar enforced by the police stations and various other units established under Commissionerate of Jalandhar Police. This is one of the three Commissionerate under Punjab Police. It was set up with a mission to prevent crime, maintain law & order, and manage traffic along with other citizen services.

To make Jalandhar, a better and safer city to live, Jalandhar Police endeavors to offer complete and specialized services to the citizens and travelers in the city. There are six specialized units in this Commissionerate that underlines the specialized approach of this organization. These units are: 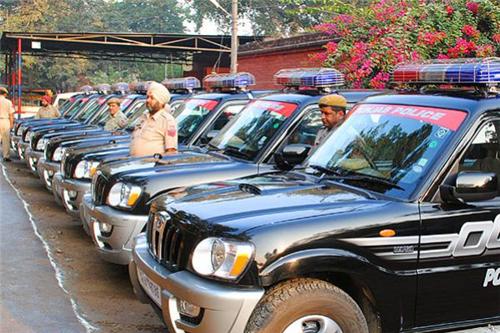 This unit has six special investigative units under different heads for better investigation of such offences as covered under these units.

This specialized unit of Jalandhar Commissionerate was initiated from 1st of October 2010. Situated near District Police Lines, it has close proximity to city bus stand and railway junction. This police station is headed by lady inspector designated as Station House Officer and assisted by investigating officers. 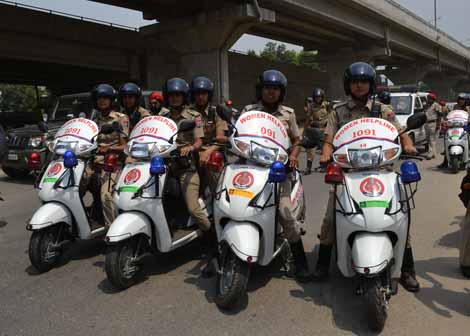 It is supervised by the ACP of West Branch and head quarter of ADCP. This police station looks into the matters concerning women. These include dowry cases, matrimonial conflicts, and other crimes committed against women. There are three women counseling panels for this police station that has an excellent service record. Till date, it has solved 3226 matrimonial disputes along with 211 criminal cases.

For better patrolling, there are around 14 PCR van patrolling and 40 PCR motor cycle patrolling units in this Commissionerate. There are three offices in charge of this unit viz In Charge North Zone, West Zone, and Central Zone along with inspector administration for back office support to these patrolling units. 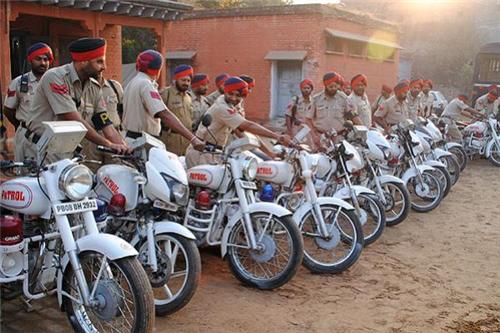 They were established with sole aim of maintaining law and order in the district through prompt police action, better communication, better accessibility of police for public, immediate help to accident victims, helping people in distress, nodal centre for removal of rumors, efficient delivery and retrieval from control room, communication and better accountability to public.

To ensure smooth running of traffic on city roads, Jalandhar has a well organized traffic police department in place. It deals with accidental cases, safety norms followed by vehicles, road safety education, towing of wrongly parked vehicles, removal of encroachments, etc. Currently, the city has strength of 146 traffic police personnel including PCR vans, PHGs, NGOs, and ORs for strict adherence with traffic laws on the roads. It has divided city into two zones viz part of city on the right side of GT Road and part of city on the left side of GT Road. 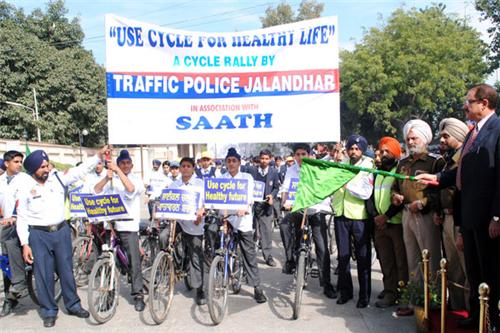 There are Inspector rank police officers to head these zones for developing plans, their implementation, and other duties related to smooth and safe traffic. There is a separate Education Cell under Jalandhar Traffic Police to educate drivers, riders, school and college students and other institutions regarding traffic rules and regulations. There is also an Administration Wing in this department to control the force deployed in the city. Challaning Branch of this force is headed by a senior Inspector.